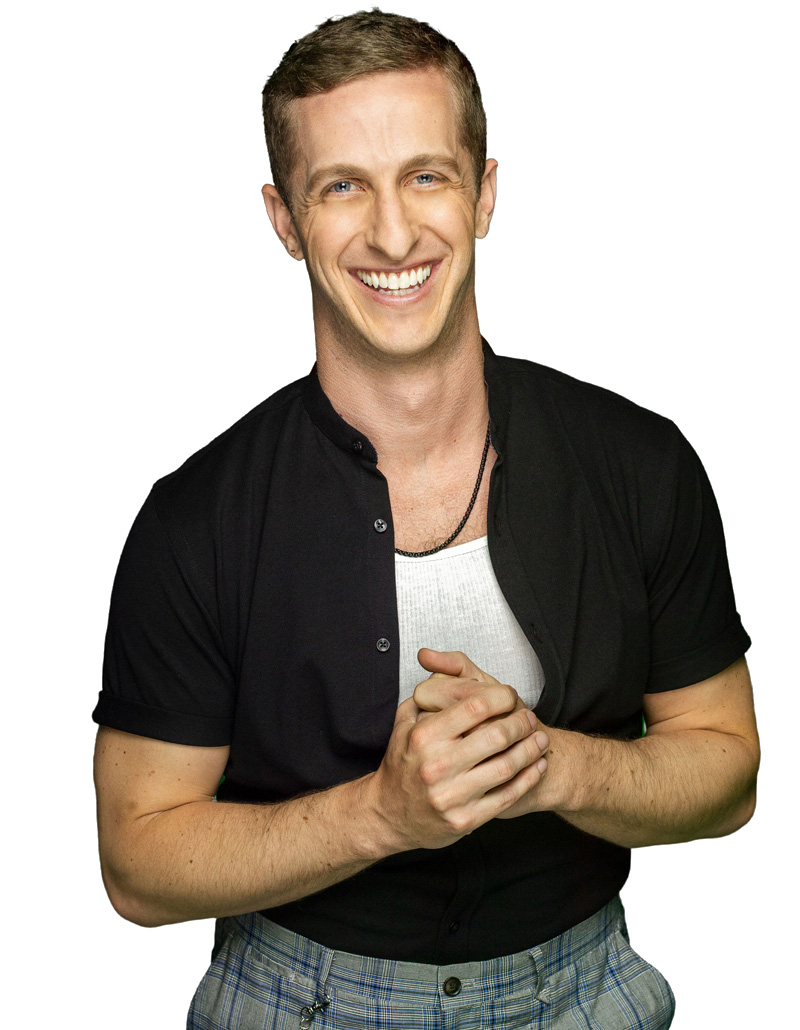 Adrian trained as a competitive dancer in the Midwest at both Young Dance Academy owned by Sandy Young and Perseverance Dance Company under Missy Ridgway. Adrian has assisted and/or danced for Mia Michaels, Mandy Moore, Dee Caspary, Travis Wall and Sonya Tayeh. He has danced for Rhianna on the MTV Video Music Awards. Also, Adrian was in Rasta Thomas’ “Bad Boys of Dance.” With the company Adrian toured internationally, dancing in Germany, Switzerland, Spain, Finland, Austria and Greece.Adrian has appeared dancing on both “America’s Got Talent” and “Dancing With the Stars.” He was a part of Florence + the Machine’s performance in the Video Music Awards choreographed by Travis Wall.

He danced in the Muppets Movie and has danced on The Ellen Show, The Tonight Show with Jay Leno, and on “So You Think You Can Dance.” Adrian was a part of the original cast of Cirque du Soleil’s “IRIS” at the Kodak Theatre. He has performed in industrials for companies like Apple, Audi and Mattel. He has been a member of Shaping Sound. Adrian danced for Shania Twain in the Colosseum at Caesar’s Palace in her show “Still the One” directed by Raj Kapoor and choreographed by Mandy Moore. After moving to New York City, Adrian was in the Broadway cast of “Wicked,” danced on the Tony Awards, and is currently a part of the national tour of Broadway’s “An American in Paris.”